This site will introduce you to some cool stuff.

It is a demonstration of my passion, that became a worthy ideal, after being introduced to Think and Grow Rich, in 1981, by a man who believed in me.

There are Principles in Napoleon Hill’s book that should be made viral, and a plan to make that happen has been for many years my long-term goal.

There’s an introduction to Karatbars (.com) and the GOLDEN opportunities that great company and it’s growing collaborators have in store for YOU.

The LYRICS page illustrates many of the beliefs I’ve personally put to verse in an effort to better express myself.

There are various pictures that are photos of drawings I did many years ago, which illustrate my abilities with a pencil, but drumming is my real love and music can say so very much…

My journey was filled with determination and perseverance, and Guidance took me to necessary knowledge along the way, bringing me to Raelians, to Feadship plans, and then to Jacque Fresco’s The Venus Project (.com)

When we get this vessel built it will house a floating colosseum for concerts and other similar media events, to major oceanside cities around the globe. 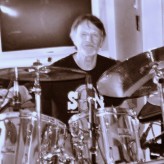 an experienced, entrepreneurial musician. Founder of W U N and CEREUS Lives on Vancouver Island, Courtenay, BC